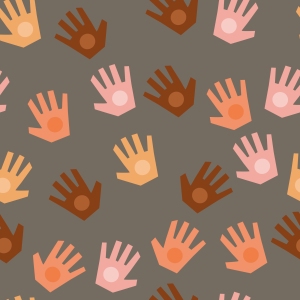 “This is not working for me,” the man muttered in my direction as he stormed out of the large banquet room. It was November 19, 2012, and the mood at the Goldwater Institute annual dinner was somber after Mitt Romney’s clock had been cleaned by President Obama just days earlier.

Today, I’m the CEO and President of a non-partisan, not for profit 501c3 Community Mental Health Center, RI International, but at the time I was an executive with a publically traded, for profit health plan. Several of our leadership were in attendance for the event, which was sponsored by the organization named after Arizona-based Barry Goldwater and which describes itself as a “watchdog for conservative ideals.”

Governor of Oklahoma Mary Fallin was the first keynote, and she explained to the audience that every single elected congressional official in her reddest of states was a Republican. She asked what the party should learn from the loss to Obama, and concluded… nothing. We should double-down on our values and keep up the good fight, she encouraged the audience.

Next up was Fox News conservative pundit Tucker Carlson. He echoed Fallin’s conclusion… nothing to learn.

Then, he paused. “Well, maybe one thing,” he added. “Maybe we should make sure Hispanics don’t think we hate them.” Carlson was clearly trying to add some humor to the subject of changing US demographics and their impact on presidential elections, but the man who protested by walking out was not humored.

There have been discussions for many years about changing demographics. Four years ago, Carlson targeted political leadership and challenged them it was vital that they pay attention to this key demographic and bring Latino voters into the fold. No more talk. Time for action. He described the significant growth in the Hispanic population, which reached 57 million in 2015, or approximately 17% of our country’s total.

But, what about behavioral healthcare?

Have we done any better in bringing Latinos into the fold?

Is mental health working for Hispanics? Or, are we the ones walking out on the demographic realities?

When community mental health was launched in the 1960s, Hispanics made up a mere 4% of the population. Today, Hispanics comprise more than 30% of individuals residing in Arizona, California, New Mexico and Texas. Other key states include Colorado, Florida, Georgia, Illinois, Nevada, New Jersey and New York.

And, the shift continues. In many western states, the majority of children in Kindergarten through 6th grade are Hispanic.

Historically, a discussion of race and ethnicity has prompted behavioral health leaders to point to our efforts to strengthen “cultural competency.” Check mark. We’ve done our part, right?

My boss at Magellan Health used to say that simply was not enough. When I worked for Richard Clarke, he always insisted that our behavioral health leadership team also use the words “race and equity.” He came out of an education background where the culture was strongly focused on active ownership, and not simply passive acknowledgement.

Richard formed a regular breakfast think tank group, in collaboration with local community and behavioral health leaders focused on change. The meetings included leaders of organizations that had specialized in meeting the needs of Latinos with mental health needs and whose client base was more than 50% non-white. Chicanos Por La Causa, Ebony House, Native American Connections, People of Color Network and Valle del Sol.

We borrowed from the educational/institutional model in our discussions:

But, two questions were key then, and it seems they are still the appropriate ones now.

First, dis-aggregate your data by race/ethnicity.

Match up the racial/ethnic background of the individuals for whom you are funded to deliver care and cross-walk those penetration rates to the actual percentages in the population. If you find strong mismatches, start a tough discussion of why.

We found our system was serving many Latinos, but not nearly as many as the Arizona population data would suggest existed within our covered lives.

One of the key actions that resulted was outreaching and engaging the community promotoras, lay Hispanic community members who have received specialized training to provide basic health education to others in the community. We learned promotoras were not professional healthcare workers, generally women and extremely effective in sharing and connecting individuals who needed services.

Second, review the composition of your top leadership.

Several years ago, when I was serving on the Board of Directors for the National Council for Behavioral Health, the trade association for community mental health centers, we engaged an external firm to help develop a strategic plan.

The board reflected the composition of the leadership of the nation’s nearly 2,500 non-profit CMHCs, which meant that the majority were white males, and there were only one or two people of color. The suggestion: Focus on racial and ethnic diversity within leadership activities, developing collaborative relationships with organizations that represent diverse ethnic members.

The answers to the above questions are pretty similar across the majority of mental health, both at the plan and retail levels. Whether state authorities, health plans or provider organizations, we haven’t delivered the kind of care that connects with Hispanics in the same way as the rest of the population. The service penetration data says we must do better.

And, we’ve not recruited and hired the executive leadership to help us make the break throughs necessary.

It’s common for anyone to want to say, “My family member does not have any mental health problems,” but this may occur more frequently with the cultural stigma among the Hispanic community.

Maybe instead of an annual dinner, it’s time for a regular behavioral health race and equity think tank breakfast in your community.

Stories of Hope, the other days, and the better days.

and what a great place to be